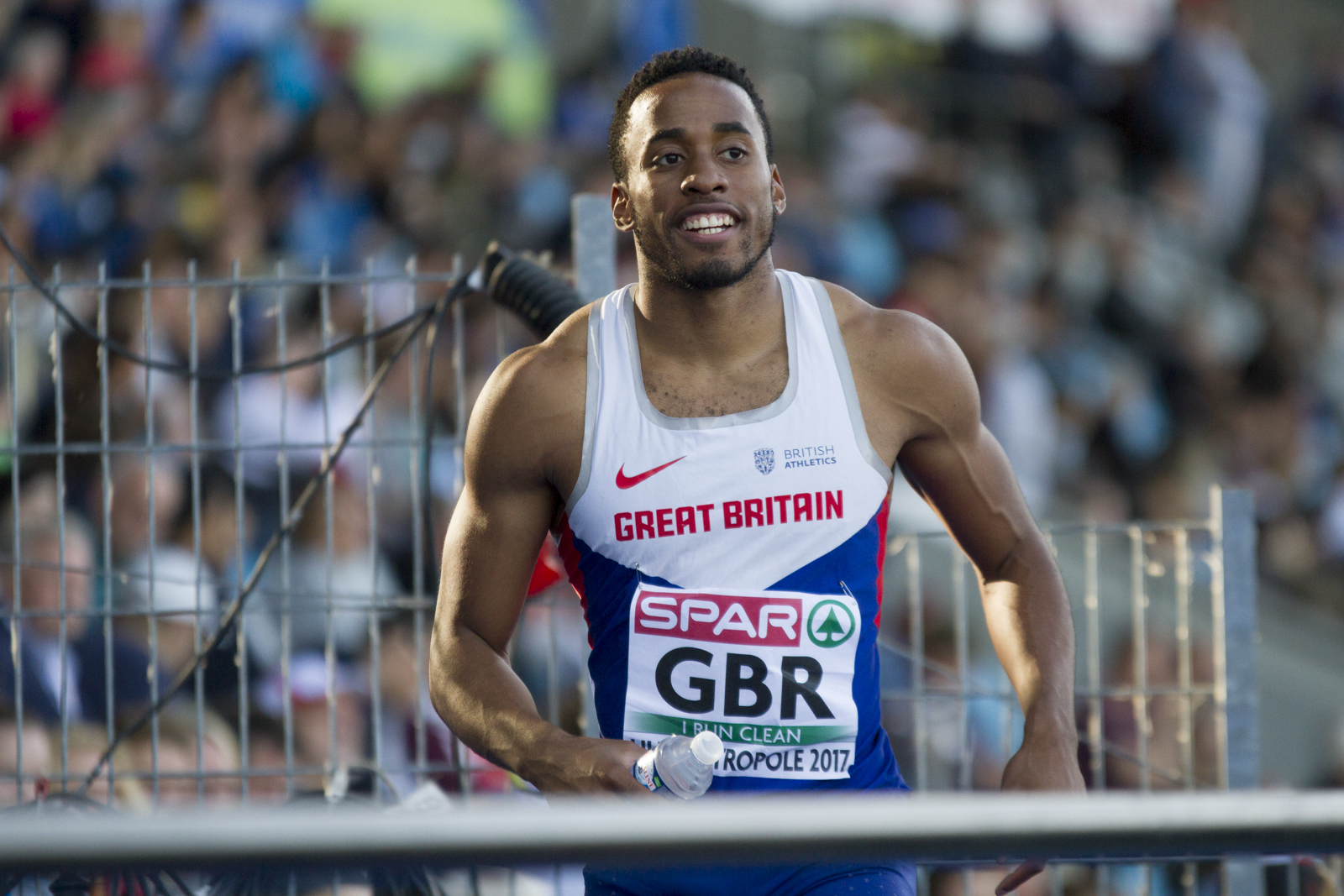 A member of Pembrokeshire Harriers and then Cardiff Amateur Athletic Club, Omoregie took part in athletics from a young age and focused on the combined track and field events. He was the Welsh youth champion in the pentathlon in 2012 then won the English indoor junior championship in the men’s heptathlon in 2013. That year he began to focus more on his best event – sprint hurdling. At the 2013 European Athletics Junior Championships he set a best of 13.45 seconds for the junior 110 m hurdles in qualifying before placing fifth in the final. He was Welsh junior champion in the hurdles and also runner-up at the English junior championship.

Omoregie progressed further in 2014 season, starting with a third place at the British Indoor Athletics Championships in the 60 metres hurdles (in a personal best of 7.82 seconds). Over the junior hurdles, he ran 7.50 seconds indoors, which equalled the World indoor junior record of Konstadinos Douvalidis. Outdoors, he won the 2014 British U20 Championships with a European junior record of 13.17 seconds for the 99 cm hurdles event. This was later beaten that year by Wilhem Belocian of France. He came up against his rival at the 2014 World Junior Championships in Athletics and, though Belocian won, Omoregie took the bronze medal. Over the senior height hurdles, Omoregie set a best of 13.53 seconds that year and was the winner at the Welsh Athletics Championships.

His senior career proper began in 2015 and he competed in the indoor circuit. He was runner-up to Lawrence Clarke at the British Indoor Athletics Championships and made the semi-finals at the 2015 European Athletics Indoor Championships (his senior international debut). He moved to Loughborough and began working with Benke Blomkvist – coach to Dai Greene. He won the British under-23 title outdoors and followed this with a win at the 2015 European Athletics U23 Championships in 13.63 seconds. He slightly improved his best towards the end of the season, with 13.50 seconds at the London Grand Prix.