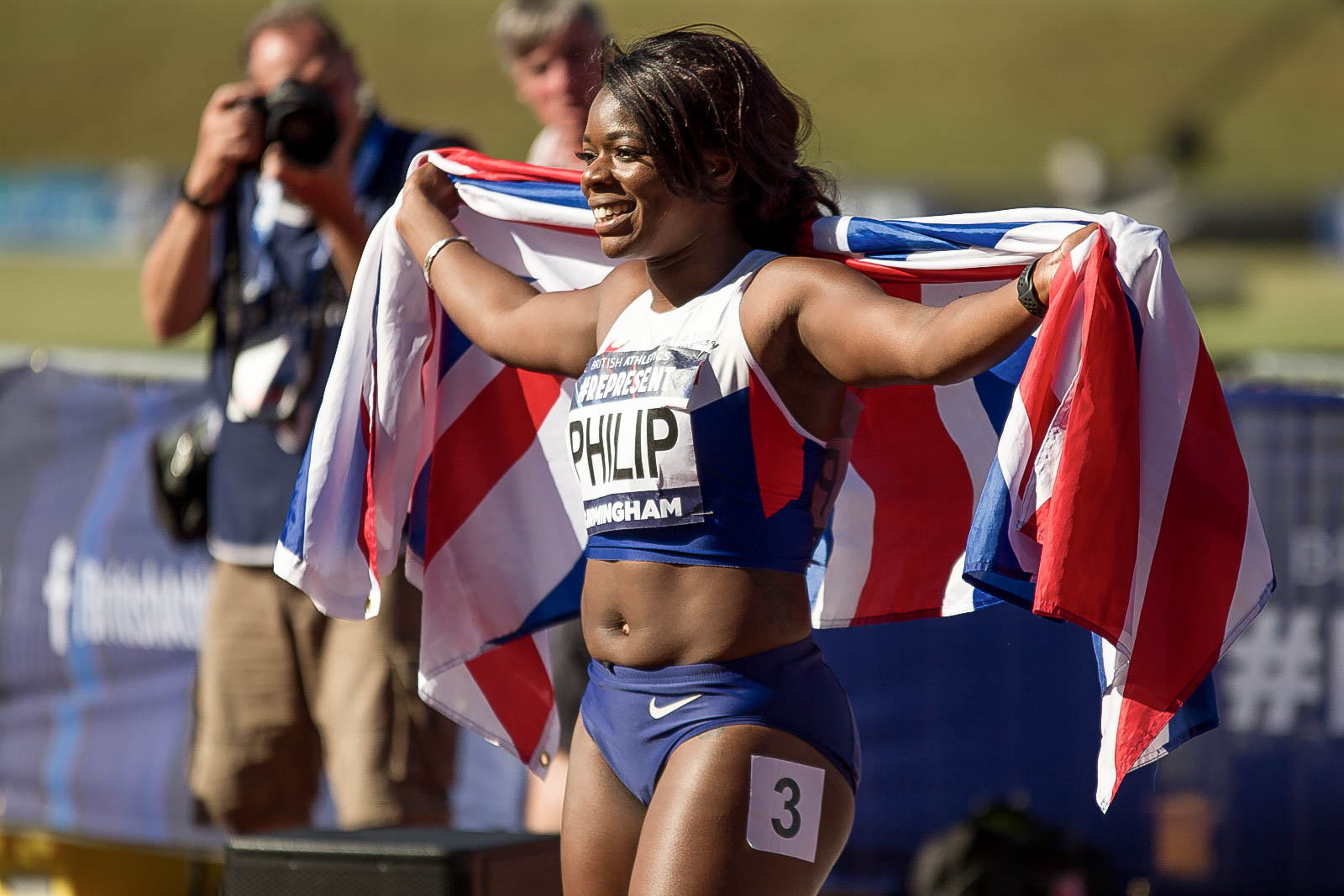 Asha Solette Philip (born 25 October 1990) is an English sprinter and former junior gymnast specialising in double mini-trampoline. She was the first British woman to achieve a global 100 metres title at any age-group, winning gold at the 2007 World Youth Championships aged 16. Following a serious knee injury in gymnastics, and a rehabilitation period of several years, she returned to athletics full-time in 2014, winning gold at the European Athletics Championships in the 4 x 100 metres relay for Great Britain, and bronze in the same event at the Commonwealth Games for England.

She won her first senior individual title in 2017, claiming gold at the 2017 European Athletics Indoor Championships 60 metres for women, and with Dina Asher-Smith, Desiree Henry and Daryll Neita formed part of the Great Britain 4 × 100 m relay squad which won an Olympic bronze medal in the 4 x 100 metres relay at the 2016 Rio Games. She also won silver medals in the same event at the 2017 and 2019 World Championships.