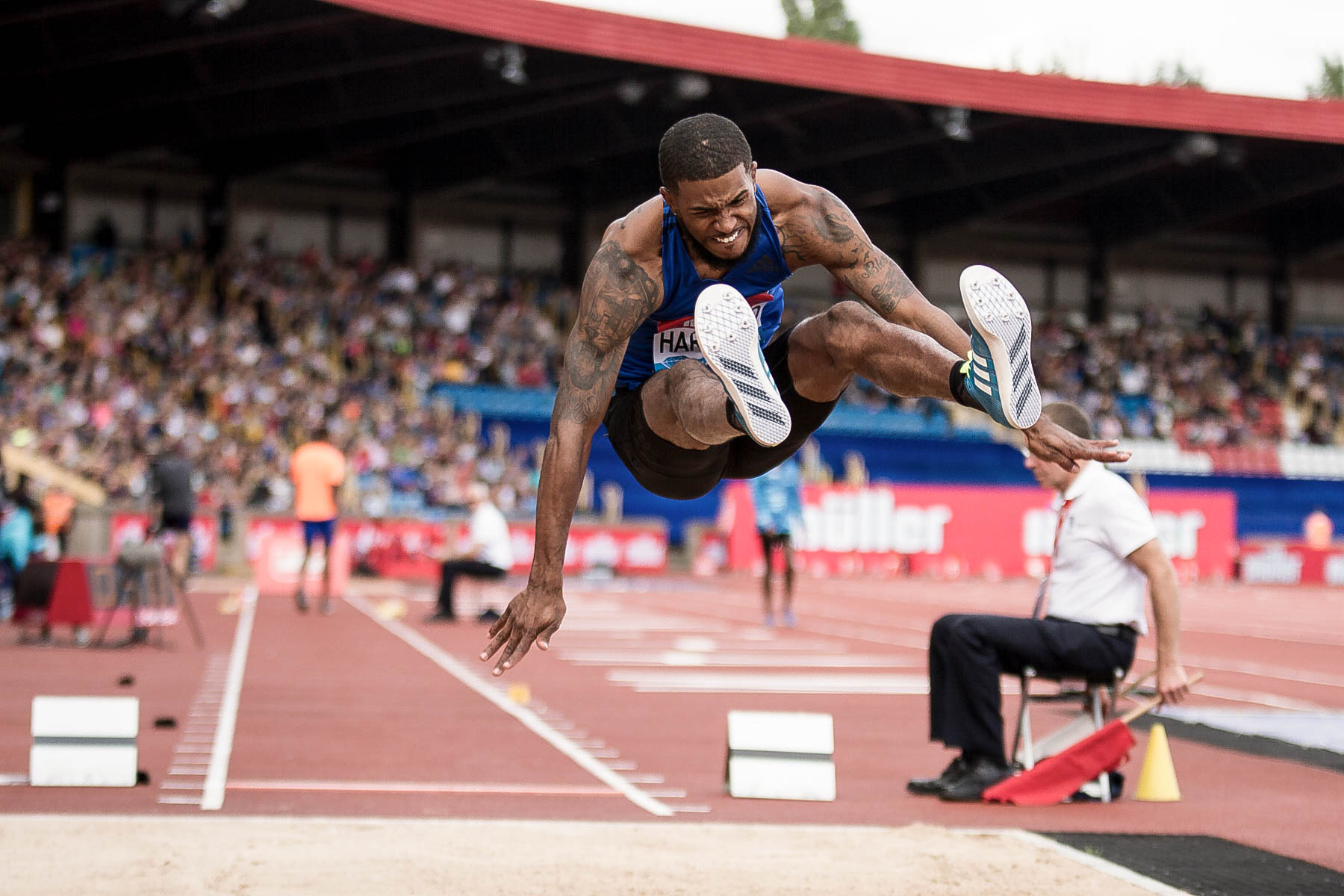 Born in Manchester, Connecticut, he attended Manchester High School and began to compete in track and field while there. After graduation from there he enrolled at Rend Lake College and competed in National Junior College Athletic Association competition, being a long jump and triple jump finalist at the JUCO Championships in 2009. The following year he won the national junior college title in the long jump and was fourth in the triple jump.

Injuries prevented him from achieving a high standard in the 2012 indoor season, but outdoors he returned to form with a Big Ten Conference long jump win in a new best of 7.96 m (26 ft 1 1⁄4 in). He was also fifth in the triple jump. He came eleventh at that year’s NCAA Outdoor Championships then had his highest national placing at the 2012 United States Olympic Trials, taking sixth place. In 2013 – his third and final year of competition for the Buckeyes – he skipped indoor collegiate meets and instead competed at the 2013 USA Indoor Track and Field Championships, taking second place behind Jeremy Hicks. Turning outdoors, he broke Jesse Owens’ 77-year-old Ohio State school record in the long jump with a personal record clearance of 8.15 m (26 ft 8 3⁄4 in) at the Texas Relays. A triple jump best of 15.84 m (51 ft 11 1⁄2 in) followed in Tucson, Arizona. Hartfield became a horizontal jumps double champion at the 2013 Big Ten Conference meet, extending his conference streak in the long jump to three wins at the Jesse Owens Memorial Stadium. In his final collegiate competition he had his first and only podium finish at the 2013 NCAA Division I Outdoor Track and Field Championships, ending the long jump contest in third place.

After the college season, he finished fourth at the 2013 USA Outdoor Track and Field Championships and competed in meetings in Europe for the first time later that year, which included a third-place finish at the Hanžeković Memorial.

Hartfield did not perform well at the 2014 USA Indoor Track and Field Championships, managing only twelfth place. Outdoors he was runner-up at the Jamaica International Invitational. Signing a contract with adidas, Hartfield established himself among the nation’s top professional athletes with a third-place finish at the 2014 USA Outdoor Track and Field Championships, recording a mark of 8.03 m (26 ft 4 in). He made his IAAF Diamond League debut at the Glasgow Grand Prix, coming second. He equalled his best for second at the Gugl Games and had his best performance on the 2014 IAAF Diamond League at the season-ending Memorial Van Damme meet, placing fourth with a jump of 8.03 m (26 ft 4 in).

He skipped the 2015 indoor season and began outdoors with the biggest win of his career at that point, clearing 8.27 m (27 ft 1 1⁄2 in) to defeat training partner Jeff Henderson to the top of the podium at the IAAF World Challenge Beijing meet. Turning to the 2015 IAAF Diamond League circuit, he was beaten only by Olympic champion Greg Rutherford at the British Grand Prix in Birmingham and also the Bislett Games in Oslo. At the 2015 USA Outdoor Track and Field Championships he had the longest jump of his career at 8.42 m (27 ft 7 1⁄4 in), assisted by a strong wind, and returned to the third national spot behind Marquis Dendy and Henderson. This earned him qualification to represent United States at the World Championships in Athletics. His first Diamond League win followed shortly after at the Meeting Areva, beating the reigning world champion Aleksandr Menkov.